I want to thank Amy Jo Sprague for posting two writing prompts a while back.  Here’s my take on the second one.  I’ll do something for the first one too, eventually.

Prompt 2: Summer is always a special time, and is often characterized as a period of transition in a young person’s life.  Imagine a powerful coming-of-age experience for your protagonist, and in five hundred words or less, describe how this particular summer changed their life forever–for better or for worse.

Randy fidgeted for maybe the sixtieth time, staring at his fingers as they pointlessly manipulated each other in his lap.  Becoming self-conscious over this, he stilled his hands by tightly gripping his denim-sheathed thighs. Unconsciously, he also pressed the soles of his battered Converse sneakers hard against the vinyl-tiled floor, his shoulders and jaw tensed like one awaiting a blow from behind.  His brown eyes rose but refused to look beyond the near edges of the manila folders haphazardly fanned on the table in front of him.  He took several deep breaths, letting each one out in the stuttering sigh of someone trying not to be sick in public.

“Randy,” came the soft voice again, “I know this isn’t easy for you, but you understand how important it is that you tell us what happened, don’t you? You’re the only one who can help her.”  It was a pleasant voice, at least, not a cop voice at all, really.  Randy had always imagined that all cops talked like soldiers—all duty, all official with only official feelings.  This lady spoke like a counselor, but she was wearing a cop uniform.  It didn’t matter that she was young and good-looking or that she sounded like she cared; she had to be faking it, like a salesman or something.  She was just here to get facts from him, stuff they could put in reports and check their checkboxes about, and then they could forget about him.  Cops don’t believe in people; they believe in numbers and forms and paperwork, in laws and lawbreakers, in bodies—oh, God!—and defensive injuries and bulletholes, but none of that has to do with real fucking people!

Randy felt the tears start.  He placed his palms on the cold table like he was going to push his thoughts, the room, everything away.  PEOPLE, goddammit! What the fuck is wrong with people?  His lower lip trembled.  A hand touched his right hand.  It was soft, warm, and surprisingly small.  A second one joined it. They lifted Randy’s hand from the table and sandwiched it.  Randy looked at the hands, then, for the first time, he looked the cop lady in the eyes. They were blue, and it looked like they were ready to cry too. He put his left hand on top of hers on top of his.  For several breaths the hands and eyes maintained their contact, silently pleading for and giving comfort and assurance.

Finally, “It was August,” the young man began. “Me and my mom went camping in the Alleghenies for my fifteenth birthday. I was coming back from fetching water when I saw what he did to her, saw him–uh–kill her.  And he saw me see him, and I ran…”

One thought on “Coming of Age” 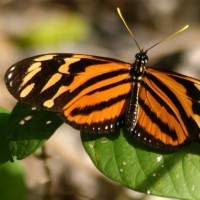 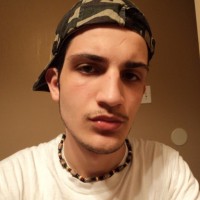 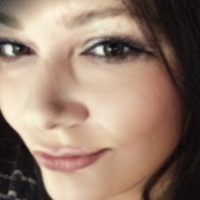 THE LITERARY MAN
My Meandering Trail